The Purple Chair project, after the publication of all the videos in the Series, is coming to an end! The Youth Ambassadors met for the final event and started launching the videos at national level!

In the meantime, the Youth Ambassadors are working on launching the Series in their respective countries.

During the 16 Days of Activism against Gender-Based Violence, Hadeel Elshak, together with our Programmes Officer Isma Benboulerbah, launched The Purple Chair in the United Kingdom through a conversation with Scarlett Udaan, a global organisation whose aim is to raise awareness on FGM. The live was about Youth-Led Digital Activism. In the last couple of years and especially in 2020, youth activism and digital activism have taken the front stage in social justice movements around the world. That's also because digital activism is the perfect way to continue to do activism during a pandemic. The Purple Chair, as Scarlett Udaan, is the perfect example of youth-led digital activism. Abi, Beth, Hadeel and Isma talked about how to make an impact on a global issue using digital platforms and shared their experiences.


Check out the recording of the event here.


On 2 December, The Purple Chair was also launched in Belgium. GAMS Belgium organised a Webinar in French called "Quel engagement des jeunes dans la lutte contre les les MGF ?" (What about youth engagement in the fight against FGM?). During the event, many young activists of GAMS Belgium shared their experience. 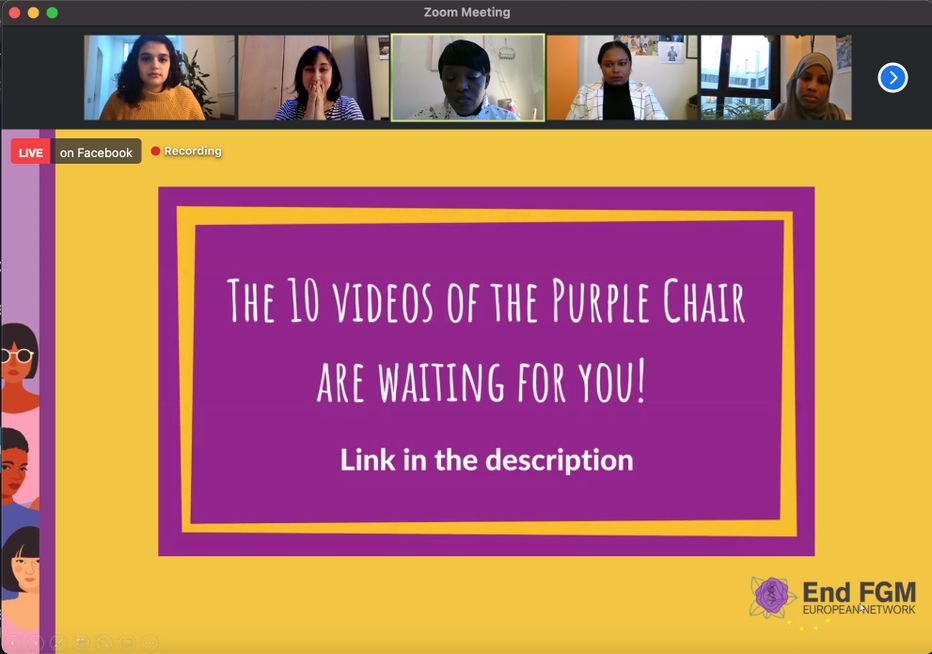 And on 19 December, the Series will be launched in France! Equipop is organising a Webinar called "L'Implication des jeunes dans la lutte contre l'excision" (The engagement of young people in the fight against FGM) to present and promote the project. During the event, there will be a quiz on FGM and they will share some video clips from the Series. Salamata Wone and Hawa War, End FGM EU's Youth Ambassadors, will be among the Speakers. If you speak French, you can find out more here.

Moreover, on 26 November, ActionAid Sweden asked End FGM EU to present The Purple Chair during their Digital Dialogue about their work on FGM and how it has been affected by COVID-19. Isma Benboulerbah talked about young people's role in the fight against FGM and about The Purple Chair Series. 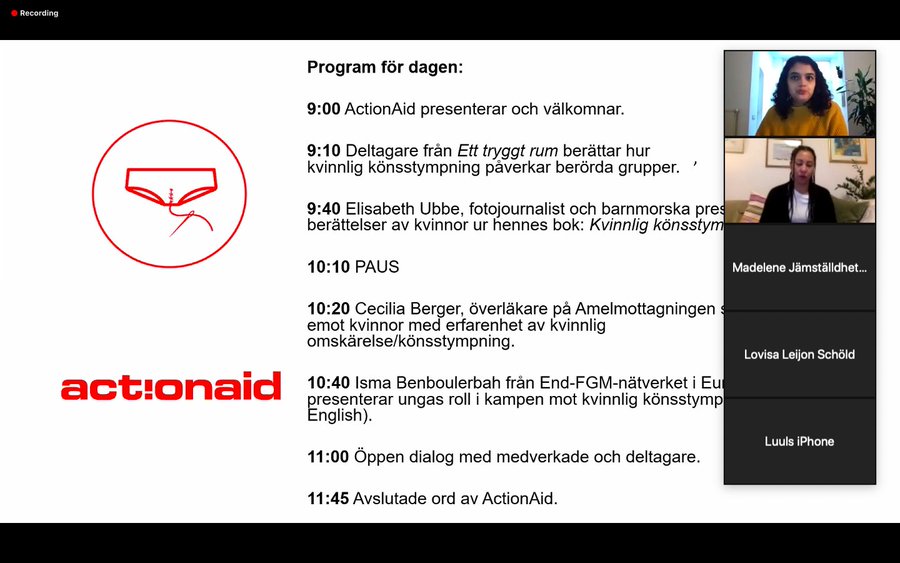