The Youth Ambassadors gathered in London for a week, to receive professional training on video producing for their soon-coming YouTube channel called The Purple Chair! Meanwhile, they are also busy advocating at national and international level, bringing up youth voices into the debate on international women's rights and making sure their generation has a seat at the table! 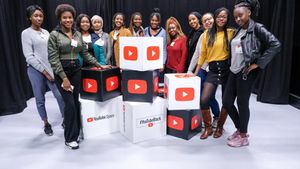 Alya Harding took part in the event on Brexit and women’s rights, organised by MEP Jackie Jones. Giving visibility to the impact of Brexit on women, and particularly on fight against FGM is crucial and attending this event was also a way for Alya and the Network to bring this issue on this UK-level conference. 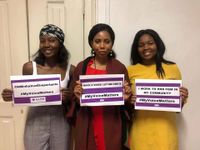 In Portugal, Ana and Fatucha met Jaha Dukureh, women’s right activists and anti-female genital mutilation campaigner. Together they talked about why their voices matters and the content of our 2019 campaign! Thanks for your support Jaha!

Ana and Aicha were in Brussels for the European Week of Action for Girls in October 2019. For 2 days they both had the opportunity to advocate and meet with MEPs, international organisations, CSOs and NGOs on GBV and particularly on FGM. They both did an amazing work and showed great expertise and knowledge on the topic. Not only they shared it, but they also provided strong support and outputs for MEPs on how to act to end FGM.

Djenaba and Kadiatou were invited to meet with UN Women to talk about the campaign ‘Generation Equality’ and to share their work as Youth Ambassadors and against FGM. They will be the two activist representatives for Belgium in the next Un Women campaign, focusing on gender-based violence and rape culture. 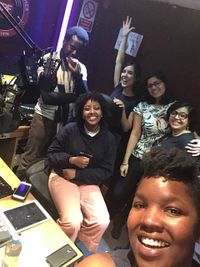 Hadeel El Shak was invited to speak on URF, University Falmer Radio, as part of a campaign at university called decolonise Sussex. On the 16 days of activism, she talked about her own activism and shared songs performed by women of colour, to celebrate diversity!