It is estimated that over 600.000 women are living with the consequences of FGM in Europe and that a further 180.000 girls and women are at risk of undergoing the harmful practice in 13 European countries alone. Moreover, UNHCR estimates that every year for the past five years at least 20.000 women and girls asylum seekers coming to Europe might be affected by FGM.

It is estimated that around 600.000 women are living with the consequences of FGM in Europe. This number is taken summing different studies done at national level with the numbers from an overall study based on the 2011 European Census, to fill the research gaps where needed. FGM exists in Europe and has been around for a long time. While data does exist on FGM in Europe, obtaining the figures has always proven to be difficult and hindered by many challenges. Research has shown that there are still many gaps that need to be addressed in order to develop adequate evidence-based national and European policies on FGM. 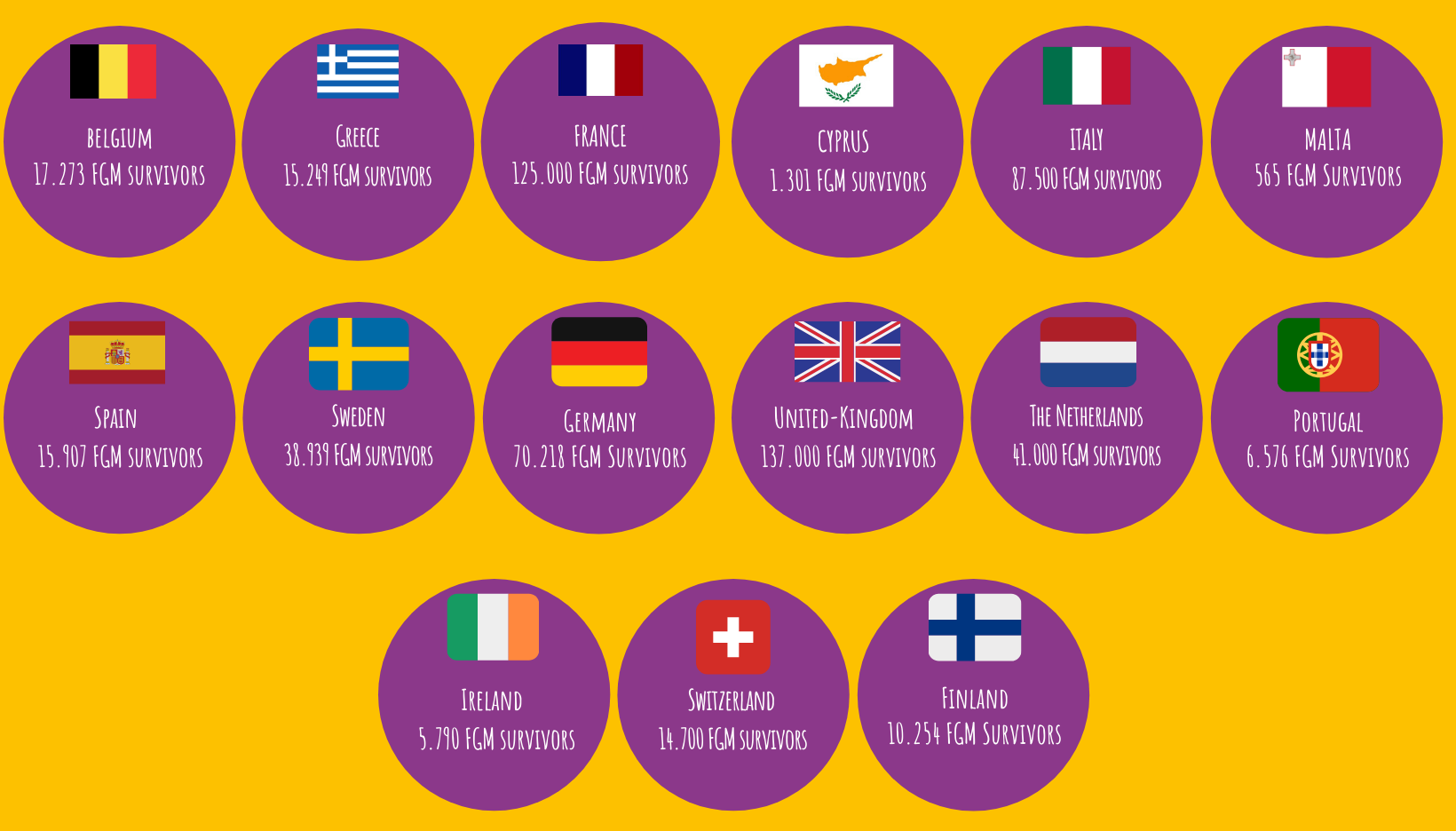 
Data on Girls at Risk of FGM

The European Institute for Gender Equality (EIGE) plays a leading role in providing information and research on estimations of girls at risk of Female Genital Mutilation in the European Union and supporting Member States to prevent and combat this harmful practice, and has carried out three main studies on the subject.

Moreover, in its first “Too Much Pain” report, UNHCR estimateed that every year between 2013 and 2017 in average over 20.000 women and girls asylum seekers coming to Europe might be affected by FGM.

Such numbers confirm the need in Europe to pay increasing attention to Survivors of FGM, among other forms of Gender Based Violence (GBV), in the asylum systems.

Many challenges stand in the way of progress when it comes to ending FGM in Europe. These include:

What Can Europe Do?

At European Union (EU) level, there are key tools that contribute strongly to putting an end to the harmful practice of FGM in Europe and beyond. The Network works to insure that policy, decision makers and other EU stakeholders continue to increase their engagement in ending FGM through:

[1] UNHCR Bureau of Europe periodically releases a statistical report on “Female Genital Mutilation & Asylum In The European Union”, specifically on the number of FGM-affected women and girls asylum seekers applying in Europe for a refugee status.