Around 500,000 women living in the EU have experienced the agonising ritual of female genital mutilation (FGM) and close to 180,000 young women are at risk from it every year, according to the European Parliament.

Young women such as Leyla Hussein, a British woman of Somali origin, who said, "I was just seven years old when I was cut. The first thing I heard was my sister screaming. Then it was my turn. Four women held me down while they cut my clitoris. I felt every single cut. The pain was so intense – I blacked out," she said in a World Health Organisation (WHO) report.

Leyla is not alone. The WHO puts the figure globally at between 100 and 140 million women to have suffered FGM, and says that around three million women could experience it each year. The summer months of July and August are known as the "cutting season" in which girls are often taken outside of Europe to Africa by relatives to undergo FGM.

It was fitting that US President Barrack Obama chose July 2015 to give a speech calling for an end to the practice during a visit to Kenya, stating that FGM has "no place in the 21st century". However, with large diaspora communities living across Europe and continuing to uphold the practice because of its cultural significance, many young women remain at risk.

The European countries with the highest numbers of girls and women coming from countries where FGM is practiced include the UK, France and Belgium, according to the End FGM European Network. On 25 November 2013, on the International Day of Elimination Of Violence Against Women, the European Commission launched its action plan "Towards the Elimination of Female Genital Mutilation".

Now nearly two years on from then, where does Europe stand in the fight to end this form of violence against women and what more needs to be done?

According to Natalie Kontoulis, coordinator of the End FGM European Network, some progress has been made since the campaign. For example, in June 2014 the Justice and Home Affairs Council, made up of ministers from all EU Member States, adopted conclusions on preventing and combating all forms of violence against women and girls, including female genital mutilation.

But Kontoulis believes there’s still a lot of work to do. In particular, the network of 11 national NGOs would like to see greater harmonisation across Europe when it comes to tackling FGM. 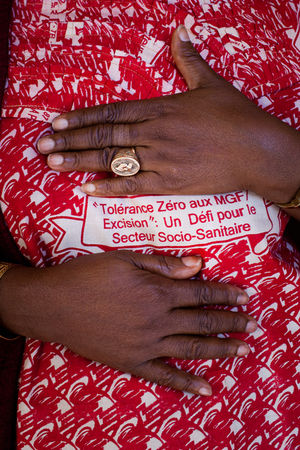 Although some European countries are taking steps to prevent mutilation, visible differences exist between national approaches.

For example, France has been the most active European country when it comes to prosecutions for FGM. French courts have tried over 30 cases and convicted more than 100 parents and cutters, whereas the UK, which banned FGM in 1985, has brought only one case to trial at court.

Louise Robertson, of UK-based anti-FGM campaign organisation 28 Too Many, argues the UK government has been playing catch-up over the last few years in response to growing public awareness of the issue. Notably, in July 2015, British police obtained the first ever protection order to prevent two girls travelling to Africa, with their father, where it was thought they would undergo FGM.

The UK government is currently considering a law to make reporting of FGM by health and education professionals mandatory – something proponents argue will help better identify the number of girls and women affected. Robertson says routine gynaecological checks performed by health professionals have already shown that many more women are likely to have undergone FGM than is recognised in today’s estimates.

In France, by contrast, laws around mandatory examinations have been in place for a number of years, with French authorities responding to the circumcisions taking place among Malian and Senegalese families in the suburbs of Paris in the 1980s.

However, according to Fabienne Richard, executive director of the charity GAMS Belgium, which is a member of the End FGM European Network, the focus needs to be much broader than on piecemeal legislation. "Law is important to give the frame and the boundaries, but it is not enough. Practicing communities need also to be convinced by discussions, argumentation and deconstruction of the social norms if we want sustainable change."

This is a view echoed by Robertson, of 28 Too Many. She believes that prevention is not only achieved by protection orders, but crucially by engaging with communities. "There’s no single approach to tackle FGM. What’s needed is action from government to create the atmosphere in which to make things happen."

In the right context important work can be done within communities to educate people as to why FGM is dangerous, she said.

The End FGM European Network is campaigning for more cooperation across European countries when it comes to dealing with FGM in a comprehensive way – that involves civil society organisations, communities, and policymakers.

"We need a coordinated, holistic approach, working together across member states and indeed across continents, as FGM is a global issue," Kontoulis said. "While legal protection and having effective legal recourse is vital and there is a clear need to remove obstacles to the prosecution of FGM cases, effective prevention and protection measures are key to ending the practice," she added.

According to Kontoulis, the most powerful and comprehensive tool to bring action together at the European level is the Council of Europe’s Istanbul Convention on violence against women, established in August 2014. "It is the first treaty to acknowledge that FGM exists in Europe and that it needs to be tackled systematically."

This article appeared in Europe and Me magazine on 1st October 2015.