On the International Day of Zero Tolerance for FGM, in partnership with the World Health Organisation (WHO) and the Belgium Permanent Representation to the EU, End FGM EU organised the event “The cost of Female Genital Mutilation – scale up investment!”.


This was the occasion to officially launch the WHO online economic cost calculator — an interactive tool that provides a strong economic argument for the abandonment of FGM.

The event brought together policy makers, civil society representatives and community voices to discuss the health and economic costs of FGM in 27 different countries. WHO calculated that, across countries, the economic burden of treating health complications of FGM is 1.4 billion USD per year. With population growth, that number is expected to increase by 50% over 30 years, if prevalence rates remain the same. On the other hand, if FGM was abandoned, that number would decrease by 60%. 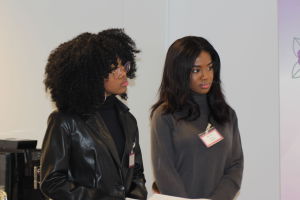 The event was opened and moderated by the End FGM EU Youth Ambassadors Djenaba and Kadiatou, while the Ambassador Aminata Bah took part in the second panel of the day.

Key participants were the Ambassador of Kenya to the EU, professionals from the health and NGOs sectors (Fabienne Richard from Gams BE and Clara Caldera from AIDOS), and representatives from the Belgian Permanent Representation, the UK Mission to the EU, UNFPA, the European Commission and WHO.

The event was live-streamed, and a recording is available: