Our Member, the Finnish League for Human Rights, published a study on Finnish Somali men's awareness and perceptions of FGM. 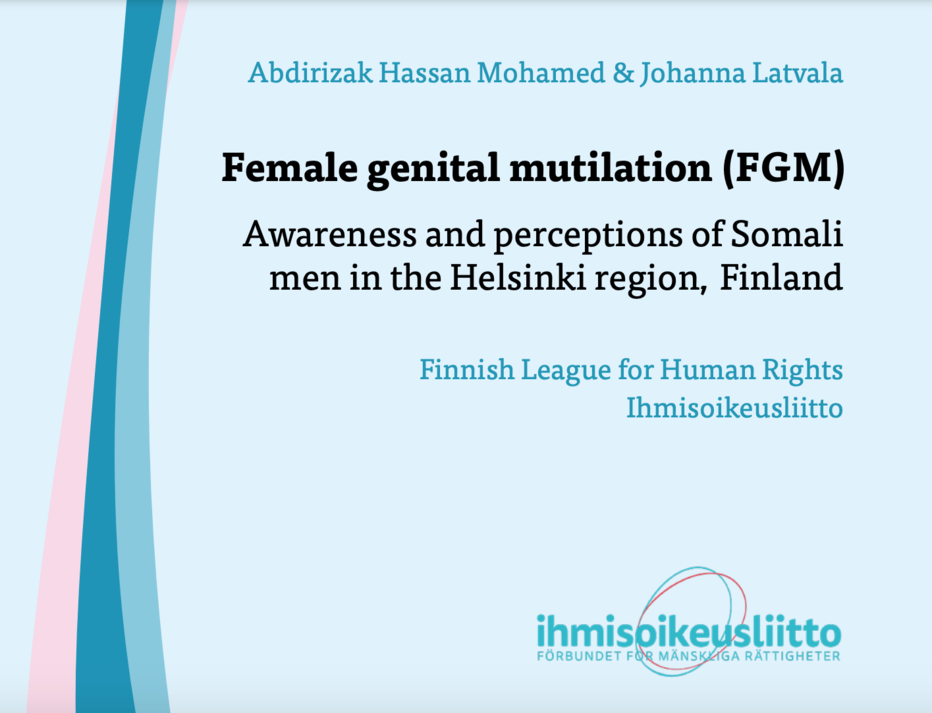 The study looks at Finnish Somali men’s awareness and perceptions of Female Genital Mutilation (FGM). It is based on qualitative data consisting of interviews with 29 Finnish Somali men living in the Helsinki region, in Finland.

The second chapter of the study discusses men’s awareness of FGM and the consequences of FGM on women and girls as well as men’s perception of the effects that these consequences may have on sexual life. In addition, the participants’ knowledge regarding legislation related to FGM is discussed.

The third chapter presents men’s perceptions of FGM, the changes in their attitudes towards FGM and the possible role of FGM when thinking about marriage.

The fourth chapter discusses men’s perceptions of their role in tackling FGM in their family and kin networks, as well as in society on a more general level.

Finally, the fifth and ultimate chapter of this study presents its conclusions and findings as well as the recommendations based on these findings.