On the 12th of February, we went to the European Parliament in Strasbourg to follow the vote for a strategy to end Female Genital Mutilation. 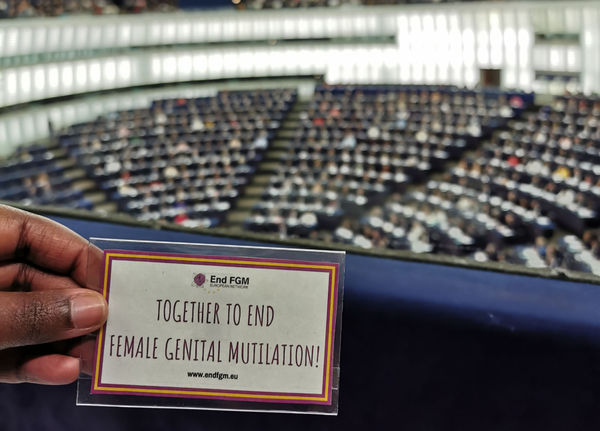 With 612 votes in favour (out of 705 voters), the European Parliament adopted a Resolution to put an end to Female Genital Mutilation around the world.

The strategy asks for a stronger presence of FGM in all EU policy documents which are being currently negotiated and for the increasing of EU budget allocated to this cause, both internally and externally. It also calls for the review of the 2013 communication “Towards the elimination of Female Genital Mutilation” in order to step up efforts against the practice worldwide, and tackle the disparities in laws, policies, services and provisions among the Member States.

The motion was supported by all the principal political groups: the European People’s Party, Socialists & Democrats, Renew Europe, the Greens-European Free Alliance, the European Conservatives and Reformists and the European United Left-Nordic Green Left.

This was an important moment for us and to end FGM!

We met MEPs, took photos with them and shared information to involve everyone in the movement to end Female Genital Mutilation. 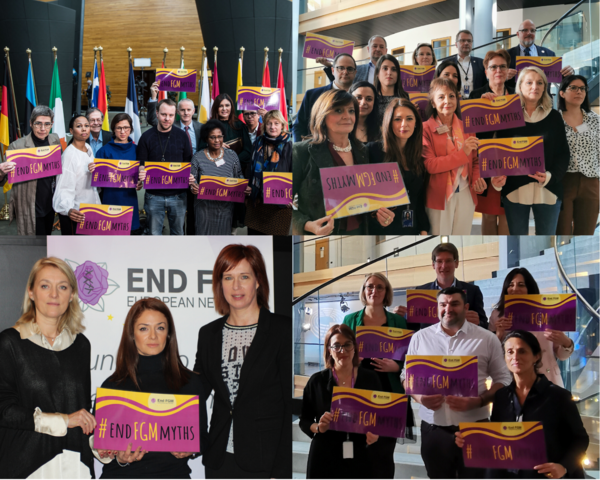 What is a Resolution?