On 11 September 2020, the End FGM European Network and its German Members LebKom, Lessan, and TERRE DES FEMMES submitted a Shadow Report to the Council of Europe GREVIO Committee, on the implementation of the Istanbul Convention by Germany concerning prevention, protection, prosecution and integrated policies on FGM.

The Istanbul Convention is the first legally binding treaty recognising that FGM is also a European issue. It provides concrete recommendations for States on how to address gender-based violence, including FGM, and is monitored by a body (the GREVIO Committee) which periodically assesses whether countries are complying with them.

Information provided by civil society is crucial to help the GREVIO Committee to assess countries’ compliance with the standards.

Our Shadow report, will contribute to the drafting of the GREVIO Report on the German implementation of the Istanbul Convention, which will be published in January 2022.

In the past, we have also worked with other Members in other countries to ensure that FGM is high on governments agenda and that they effectively implement the Istanbul Convention against all forms of gender-based violence.

To read more of our past shadow reports on Istanbul Convention implementation click here: Finland, France, Portugal, The Netherlands, Italy, Belgium and Spain.

The Council of Europe Convention on preventing and combating violence against women and domestic violence (known as the “Istanbul Convention”) is the first legally binding instrument recognising that FGM is also a European issue. It is shaped around the "four Ps approach" (prevention, protection, prosecution and integrated policies) to end violence against women and includes a specific Article (38) on criminalisation of FGM.

In order to ensure that correct national implementation is being independently monitored, the Istanbul Convention established the Group of Experts on Action against Violence against Women and Domestic Violence (GREVIO), a monitoring body which undertakes periodic revision of State Parties to the Convention. 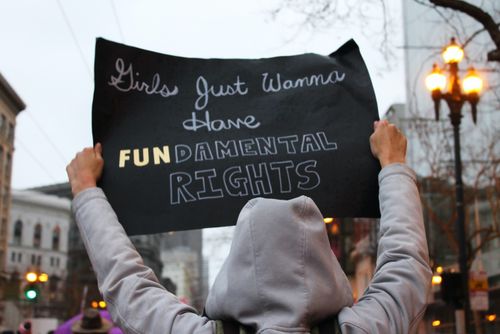