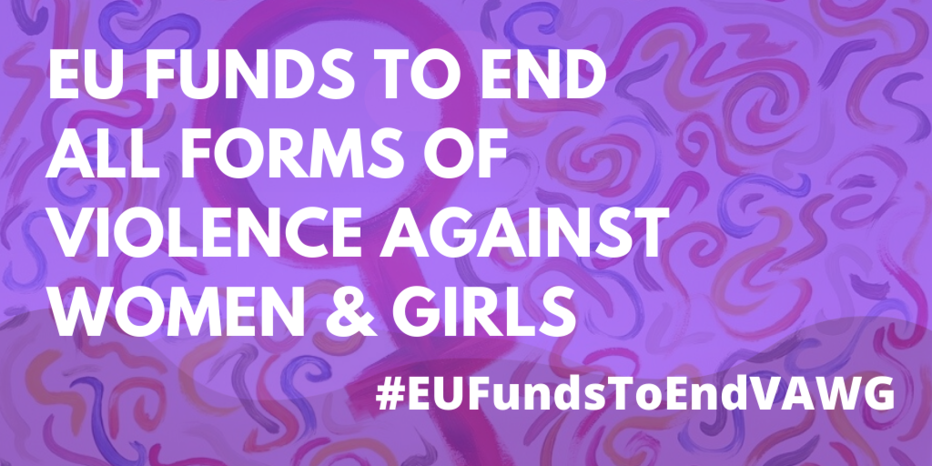 Open letter to EU Decision-makers: Funding the fight to end violence against women and girls

On 23 September, 15 members of the European Coalition to end violence against women and girls have written an open letter to the EU decision-makers regarding the Multiannual Financial Framework (MFF) 2021-2027 and the EU’s recovery plans Next Generation EU (NGEU) 2021-2024. Together, we are urging EU decision-makers to visibly commit to ensuring increased and adequate EU funds are dedicated to gender equality and the fight to end violence against women and girls.

We are pleased about the recent decision by the European Commission to reverse the 20% cuts of the budget to the Citizens, Equality, Rights and Values Programme, which is now proposed at €638 million.

In light of the European Parliament’s vote to withhold its consent for the MFF on 23 July 2020, we urge EU decision-makers to swiftly come to an ambitious agreement, including tripling the amount allocated to the Citizens, Equality, Rights and Values programme to €1.83 billion.

COVID-19 has worsened persistent forms of gender inequalities and increased discrimination against women, particularly through increased cases of violence against women and disruptions to accessing essential sexual and reproductive health services.

We are now turning to EU decision-makers to ensure the EU’s long-term budget and recovery plans match their political commitments to promoting and protecting the rule of law and the fundamental rights of women and girls across the EU, ensuring a life free from all forms of violence.

Read our letter and demands here!

The 15 signatories of this open letter are:

As members of the Global Platform for Action to end FGM/C, we have signed this open letter with Girls Not Brides to call on the leaders of the Generation Equality Forum Action Coalition on Gender-based Violence to commit to ending the harmful practices of Female Genital Mutilation and Child, Early and Forced marriage (CEFM).