LebKom E.V. celebrates its 15 years of the FULDA-MOSOCHO PROJECT, a calendar book that has been published with impressive photographs and facts presenting this innovative project's success story since it began in 2002. The calendar book describes the working practices and developments emerging from the VALUE-Centered Approach (VCA) which have put a lasting stop to FGM in extensive areas of Mosocho, the region of Kenya where the project is run, and have now set similar effects in motion in other regions. The VCA, developed by the CENTER for PROFS in Fulda, Germany, is a gender-research-based methodology which tackles inequality between men and women at its roots, helping to create gender equality and lastingly reduce the occurrence of GBV and FGM.

The calendar book is now also available in English and can be ordered here for €7.50 plus shipping.

The LebKom e.V. Meeting & Exchange Café won the 2017 competition for activists in the field of democracy and tolerance, run by the BfDT (Alliance for Democracy and Tolerance – against Extremism and Violence) under the auspices of the Federal Agency for Civic Education (bpb). The café is to be presented with the prize money shortly. The Meeting & Exchange Café project plays an active role in countering sexism and violence against women, both preventively and by resolving issues. It deals with gender-sensitive subjects such as female genital mutilation. Images about women, some discriminative, are reflected upon, asking new questions. Integration is promoted in communicative discussions and activities developed jointly with male and female refugees.

The demand for training on the subject of female genital mutilation in Germany is rising. In 2018, LebKom e.V. will be again organising courses. At the request of the Fulda Council Officer for the Protection of Women's Rights, LebKom e.V. has run a unit on the topic of “Preventive protection for girls – female genital mutilation in Germany” for various occupational groups at its Round Table on domestic and sexualised violence. Participants in the event pointed to the increasing demand for awareness-raising and training on this issue.

The nationwide campaign run by Lebendige Kommunikation, entitled “More Protection for Girls and Women endangered by Female Genital Mutilation in Africa”, had a successful start to its second year. On the International Day of Zero Tolerance for FGM and International Women’s Day alone, LebKom e.V. dedicated its volunteers to held readings in four German cities entitled “Desert Flower (FGM) is not inevitable – the Kisii, KNOWLEDGE and CHANGE”. Inspirational voices from Kenya encouraged listeners and showed how worthwhile it is volunteering in the fight against FGM. 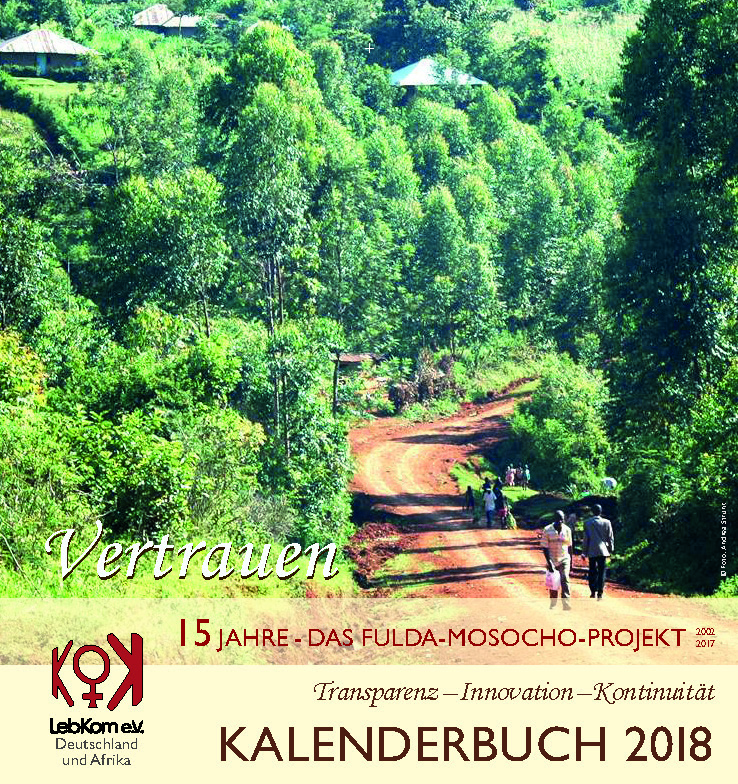