Female genital mutilation (FGM) is practiced on girls usually in the range of 0-15 years. Hence, the practice of FGM violates children’s rights, in particular the right to be free from discrimination, right to be protected from all forms of mental and physical violence and maltreatment, the right to highest attainable standard of health and freedom from torture or other cruel, inhuman or degrading treatment or punishment, and because it is performed without the consent of the girls it also breaches the right to express freely one’s view. Moreover, the negative effects of FGM on children’s development contravene the best interest of the child.

The event was focused on the importance of child protection for girls at risk or survivors of FGM, which needs to be culture-, gender- and age-sensitive, as well as integrated and coordinated among actors at national and international level.

The objectives of the debate among members of the EU institutions, civil society representatives, professional networks and FGM survivors was to better understand different aspects of child protection in the context of FGM, in particular: the legal framework and policies in place at European level on child protection with a specific focus on FGM, including a focus on the advantages of the EU accession to the Istanbul Convention; protocols in place to identify girls at risk of FGM and to protect them without stigmatising them, their families or communities; and finally learn some promising practices on this field from different EU member states. Moreover, those present heard a testimony from an FGM survivor who opposed herself to practicing FGM on her daughters. 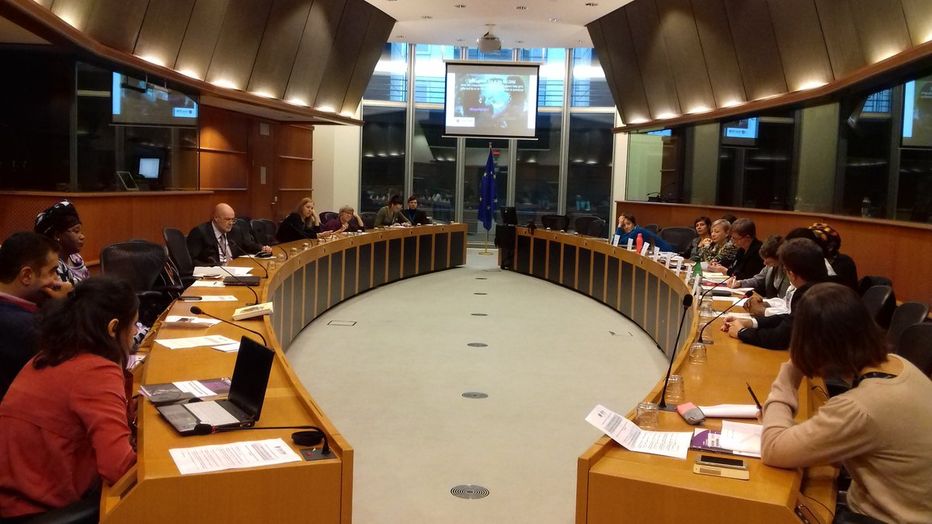 AkiDwa has been active during the past 6 months, organising fundraising events, online events and webinars and other activities to keep raising awareness and providing support services.