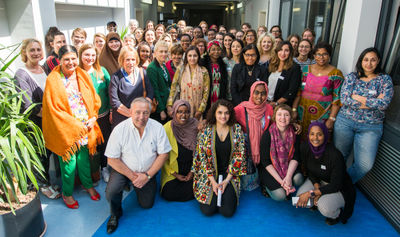 “We are not hard to reach. Not at all. We, as community members, have the feeling we are left out”, Solomon Amare Zewolde from the organisation Forward (UK).

In Brussels on Friday the 26th of April 2019, the End FGM European Network and the GAMS Belgium hosted a European Conference on the topic “Preventing FGM in hard to reach communities”. Overcoming barriers between communities and support service to improve FGM prevention and care was the aim of this fruitful day of discussion.

More than 80 people gathered on the 26th of April at the Maison des Associations Internationales in Brussels to learn more about the FGM-affected communities and gain knowledge on the current work with them. The conference focused on defining “hard to reach communities”, understanding FGM in different contexts and targeted communities and the sharing of good practises from professionals and activists against FGM and any type of violence against women and girls.

Changing the narratives on FGM-affected communities 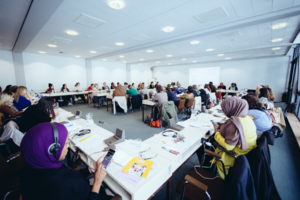 The work between organisations, governmental bodies, and FGM-affected communities must be focused on the deconstruction of stereotypes and specifically the use of the expression “hard to reach communities”. Mainly due to a lack of knowledge and willingness from the organisations to adopt a global and inclusive approach, the conference allowed the participants and the speakers to agree on the importance to involve FGM-affected community members and the use a of the positive expression “key communities”.

Reaching out key communities and building a relationship based on trust and hope with them is essential to give voices and power back to community members. For that, organisations and governmental bodies must understand the different communities’ social norms, traditions and visions of FGM. The activists welcomed to the conference brought an interesting knowledge of the key communities’ behaviour and how organisations could reach them. “When it comes to reaching the Bohra 'hard to reach' community, social media and community events and key tools!” Jaria Hussain-Lala from Speak Out on FGM.

The conference’s audience was mainly composed of professionals of health sectors, working with migrants or working directly with women and girls in Belgium. Sharing ideas of joint project and advices from activists was fundamental to meet the objectives of the day. It was the perfect opportunity for the Gams Belgium and Médecin du Monde Belgique to share with the audience the whole process the organisations implemented to combine their strengths and launch their joint projects to support transmigrants women and girls who undergone FGM, or at risk and seeking for asylum.

Organisations, civil society and governmental bodies across Europe must support activists against FGM. They are not only facing pressure from the European countries they are living in, but also from their own communities, and the backlash can be extremely violent.

“In Oman, no one was allowed to talk about FGM, except for praising it. Before that, I used to advocate for women's right to play football and had never faced such a backlash!” Habiba Al-Hinai, Change Agent at Terre des Femmes (Germany).

“I created my own organisation for helping a woman understanding the life in the host country. We have to empower migrant woman affected by FGM. No patronising, no taboo. Only support and trust”, Asha Ismail, Save A Girl Save A Generation (Spain).

The next generation is our best ally

As key communities themselves, the youth must be involved in the work against FGM. This issue shouldn’t be targeted only newly migrants or the ones we are you used to work with. Organisations, civil society and governmental bodies must challenge themselves and make the first step to support the current work done on a smaller scale. Youth and women are stepping stone into FGM-affected communities and enable them to influence key communities.

Moreover, the support of the Ville de Bruxelles to stand up against FGM and violence against women and girls was stated and brought a positive note at the end of the event. The European Conference was a defining moment for the participants to gain knowledge on the remaining work against FGM and share expertise on this topic. 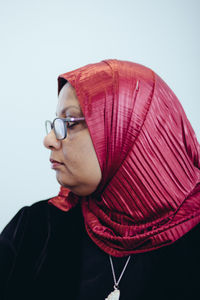