New board for Excision, parlons-en!

Closing event of the 1st step of the Alerte Excision Campaign

For the international day of the girl, the 11th of October 2017, Excision, parlons-en ! organized a conference about FGM in a high school next to Paris. Before 90 students between 14 and 17 years old, two survivors told their stories. A member of the Family Planning programme explained to the young people the risks for young girls if undergoing genital mutilation. They also provided tools and contacts to people who could be at a potential risk. Juliette Vogt, project manager for Excision, parlons-en!, presented the tools of the campaign (flyer, video and website) and invited students to join the campaign and became ambassadors. At the end of the conference, 15 students applied for the youth ambassador 2018 campaign. 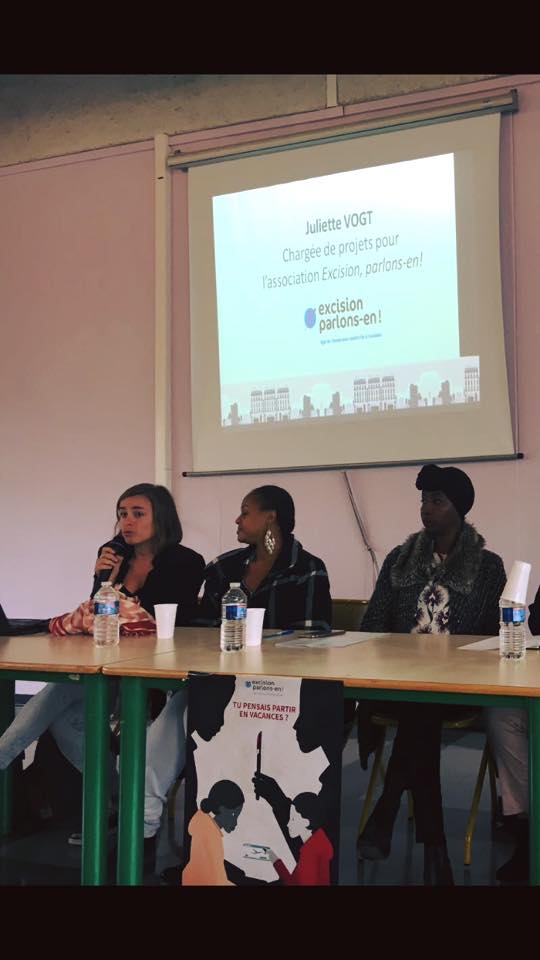