The End FGM European Network celebrated the International Day of the Girl by co-organising the European Week of Action for Girls.


The European Week of Action for Girls (EWAG) is a week-long programme of events and activities, based around the International Day of the Girl Child (IDG), on Friday, 11 October. This year our coalition of nine Civil Society Organisation joined forces for the eighth time, bringing together a group of close to 30 young advocates, from Europe and Africa, who connected online, due to the COVID-19 pandemic, to share their recommendations with European Union decision-makers. Going online also means that this year EWAG will be longer with events spread out before and after IDG! 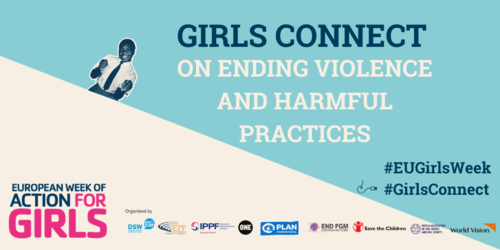 This year motto was #GirlsConnect! Considering the EU Communication "Towards a comprehensive Strategy with Africa", this year's EWAG focused on the relationship between the European Union and the African Union (AU). Our Youth advocates created advocacy messages on the following four pillars:

As part of the EWAG Week, we have organised several events!

Alya Harding, End FGM EU's Youth Ambassador, was our representative and took part in several of them. 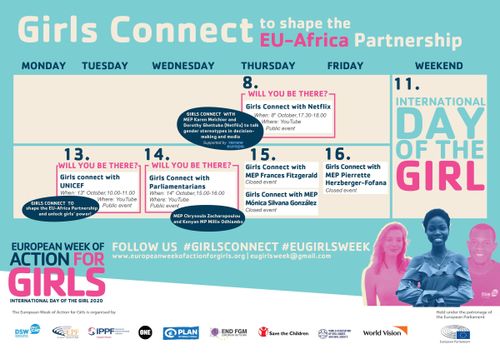 Discover more and tune in on future events on EWAG website and by following EWAG on Instagram!