In February 2017 the German Federal Ministry for Family Affairs, Senior Citizens, Women and Youth published its Empirical Study on Female Genital Mutilation. It contains some appalling figures: approximately 47,000 women in Germany are affected by FGM and thousands of girls are at risk. According to the study, the increase in the number of women affected was caused by the high levels of immigration in 2015/2016. Lebkom e.V. contributed to the study together with other members of Integra, the German Network for the Elimination of FGM.

Due to the empirical study results the Ministry entered into cooperation with Integra to create model projects for the abandonment of FGM, implemented in Germany, with a focus on prevention and asylum. LebKom e.V. is part of the working group, which started to develop concepts for these projects in May 2017.

Sponsored by Engagement Global on behalf of the Federal Ministry for Economic Cooperation and Development and the district of Hessen, in 2017 LebKom e.V. will be providing educational events about development for children and teachers in the schools of East Hessen. They will be working on the question of what female genital mutilation in Africa has to do with us. The schoolchildren will be sensitively introduced to the topic, being given background information and inspiration to change their point of view, and encouraged to themselves take action. They will be given vivid insights into the FULDA-MOSOCHO PROJECT and its centrepiece training programmes according to the Value-Centered Approach. The focus is on the inspiring energy and courage of the Kenyans who dare to take their culture in a new direction to protect their girls! 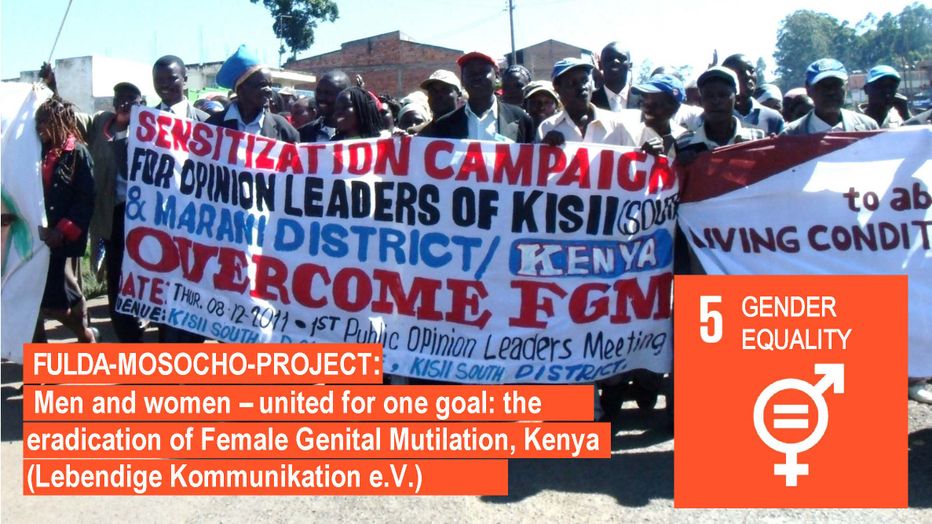