The meeting gathered around 40 specialised civil society organisations with the overall aim of putting forward recommendations addressed to NGOs, Member State authorities, as well as EASO and other EU agencies on how to improve the European asylum system for people concerned by gender-related persecution. Other discussed topics were women and girls in the EU asylum systems, mitigating the risks of gender based violence in reception facilities and reception conditions for LGBTI applicants.

Several End FGM EU members were also part of the workshop and could contribute to the discussions and shape the final recommendations document: AIDOS (IT), Aitima (EL), Save a Girl Save a Generation (ES), Lessan (DE), AKiDWA (IE), GAMS Belgium (BE). It was also an opportunity from our side to reiterate the need for a more gender-, age- and culturally-sensitive European asylum system which takes into consideration the specific needs of female asylum seekers who are affected by harmful traditional practices, including FGM. 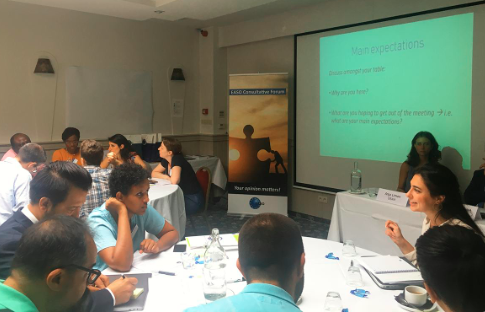