For 3 years, Fatimata and Dieynaba have been powerful volunteers of the Ambassadors Programme, on top of being ambassadors for our member organisation EquiPop. We were more than happy to welcome them to the 5th anniversary celebrations of the End FGM European Network and its Annual General Meeting in April 2019.

As activists and experts on involving FGM-affected communities into the fight against FGM, it was crucial for the Network to invite them. 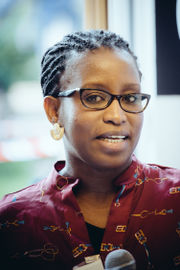 For the Celebration of the Network’s birthday, Dieynaba Ball did a powerful talk on her work against FGM. She started raising-awareness on FGM within her own family in 2005, and in 2008 she officially became an anti-FGM activist as she felt it was something necessary for her in order to protect her daughter.

"I have been able to attend several training sessions to gain knowledge and expertise to advocate for a better understanding on FGM at both international and European levels. I have worked with wonderful people who helped me go through my personal difficulties; they gave me strength, power and bravery to keep spreading the word on FGM and make people aware of its dangerous consequences".

During the General Annual Meeting, many important topics for the Network were discussed. On several occasions, Fatimata Dia shared her expertise and knowledge on the topic. Her inputs and ideas inspired all the members of the Network to analyse issues from a different angles. "It was a good opportunity to finally get to meet the other members. We consolidated our gains and got inspiration to strive further in the fight against FGM", says Fatimata. 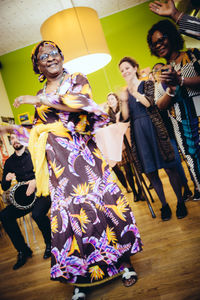 The Ambassadors have always been an unlimited source of inspiration and impact on our European and international commitment to end FGM and all types of violence towards women and girls.