In June, AIDOS and Plan Italy organised a seminar in Milan on FGM and girls’ rights presenting both the UEFGM web knowledge platform and the UNFPA/UNICEF supported project “Building Bridges between Africa and Europe to tackle FGM/C”.

In July, in the the framework of this same project, AIDOS organised a training workshop in Kampala, Uganda, on the video production to promote the abandonment of FGM with a building bridge perspective. The workshop “Filming the Bridge” gathered 15 young people from Egypt, Gambia, Germany, Kenya, Nigeria, Portugal, Somalia, Uganda and UK, who worked together on every step of the production of a video (casting, script, shooting, editing, etc.), experienced the different roles required on the set and joint forces to enhance their commitment to end FGM. 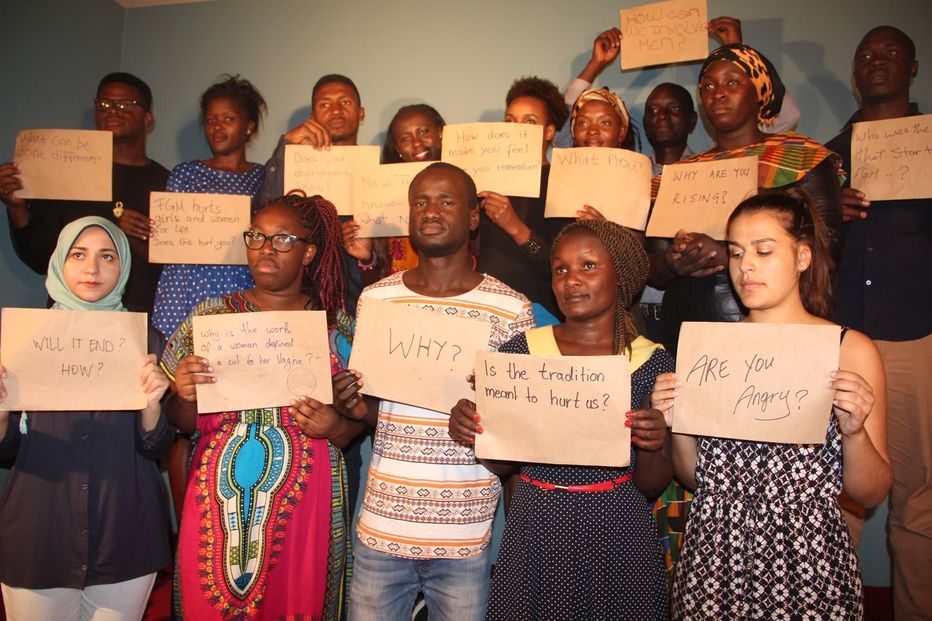 AIDOS is implementing a project in cooperation with ICF and other Network members to deliver an EIGE study on estimating girls at risk of FGM in 6 European Countries and will organise 4 Focus Groups in September involving Egyptians, Nigerians and second generation migrants.

AIDOS just started a project in cooperation with UNHCR to contribute to the protection and support of migrants/asylum seekers/refugees who have experienced sexual and gender based violence including FGM in Sicily (Italy), The project aims to promote their access to support services by strengthening the capacity of the reception system’s operators including psycho/social/health, legal professionals, cultural mediators and officials to take charge of them in an integrated gender/cultural-sensitive way.