The conference went on all day and saw the participation of the the Swedish Gender Equality Agency, City of Gothenburg, the Västra Götaland County, the Minister for Gender Equality and the National Competence team for genital mutilation of girls and women.

They talked about sexual mutilation of girls and women, preventive work, healthcare, national missions and they had an international look at preventive measures.

ActionAid Sweden shared its work against Female Genital Mutilation in Sweden and internationally. The organisation works together with young women who are at risk or have already been exposed to genital mutilation.

Together with them and their peers, Action Aid is working for increased transparency and changing attitudes around this complex and harmful tradition.

Do you want to know more about this conference? Check the Swedish Gender Equality Agency's website. 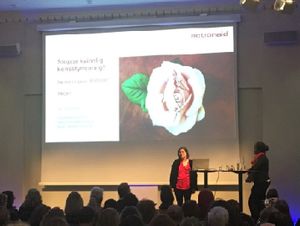 Call for an Operations and Administration Officer