Our team has been working hard in June and we have made many exciting things happen!

Isma Benboulerbah, Gender ABC’s Project Coordinator, had meetings with key actors of the European Parliament to promote the Project and talk about it to a broader audience.

On 9 June, she had a call with Marta Kuljon and Marta Tarragona Fenosa from the European Commission's Justice and Consumers DG. She introduced Gender ABC to them and presented our key messages: 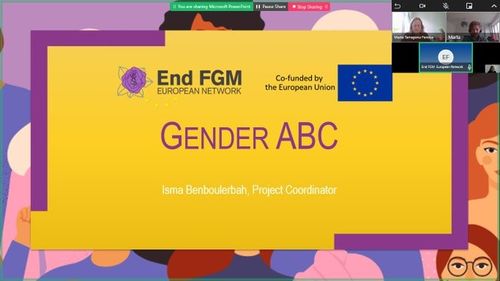 On 12 June, our team virtually met MEP Radka Maxová. After a presentation of the Gender ABC project, they had a great conversation on our holistic approach that focuses on the involvement of families and communities in the gender-based violence (GBV) education of children and young people in Europe. It is a priority that the social and familial environment of children is aware of GBV and takes part in the education to ensure a long-term impact.

Finally, on 19 June, Isma, our project coordinator, presented the project to Helena Argerich of the Greens/EFA Group in the European Parliament. 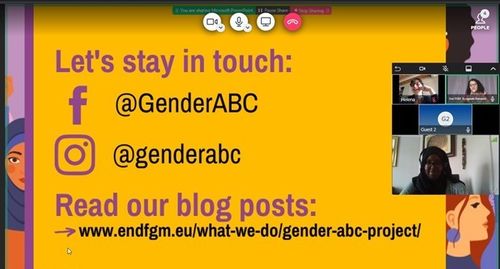 It was a great honour and privilege to present and introduce Gender ABC to our allies! Spreading awareness is critical ! The more people and stakeholders are aware of and involved in our project, the more impactful we will be and the faster we will achieve long-term changes.