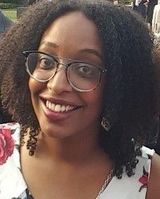 Mereb is responsible for the general operations of the organisation by developing organisational policies and procedures, monitoring compliance and supporting the financial and administrative aspects of projects and budgets. Further, she oversees the daily administrative processes and office management. Mereb also coordinates of all governance aspect of the Network: General Assembly, development of new Strategic Priorities, outreach work for identifying new members and helping the onboarding of new members.

Before taking up this role, she has been the Network’s European Solidarity Corps Volunteer, where she facilitated the understanding of the needs of FGM-affected communities in Europe and helped to uplift their voices in the scope of the “Understanding Community Voices in Europe” project. She also supported the implementation of projects in cooperation with the Coordinator of Programmes. Previously, Mereb worked as a Programmes Officer Assistant at the Italian Association for Women in Development (our Member AIDOS), where she helped the coordination and running of projects. She has research experience on FGM and Migration, notably on changes in attitude and perception of the practice among FGM-affected communities residing in non-practising countries.

Mereb holds a Masters Degree in International Development with a specialization in Development of Africa and the Middle East from Hankuk University of Foreign Studies (South Korea). Her main interests revolve around issues of human rights violations and gender inequality, particularly gender-based violence. She is also active in different Eritrean civic organisations campaigning to put an end to human rights abuses in Eritrea, supporting Eritrean Refugees worldwide and producing knowledge.

Mereb is Fluent in Italian, English and Tigrinya and has a good level of French, Spanish and Korean.