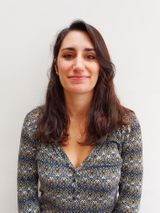 Chiara has previously worked in the field of Sexual and Reproductive Health and Rights (SRHR), including for the United Nations Population Fund (UNFPA), and in the field of human rights and European advocacy within the Brussels Office of the World Organisation Against Torture (OMCT). Moreover, she has extensive academic and field research experience in gender studies, women’s rights, violence against women and SRHR, and published several articles on these subjects. She has volunteered within the End FGM campaign with AIDOS (Network member) and for the Italian section of Amnesty International.

Chiara holds a Bachelor and Master Degrees in Cultural Anthropology from the University of Rome and a European Master in Human Rights and Democratisation from the European Inter-University Centre (EIUC).

Chiara is fluent in Italian, English, French, Spanish and Dutch.